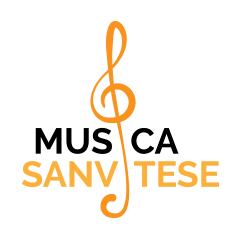 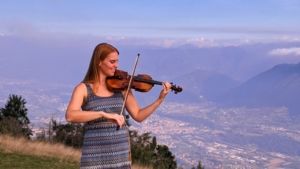 She starts to play the violin at the age of six in the music school in San Vito di Cadore. From 2007 She studies with Prof. Saewon Suh at Klagenfurt Conservatory (Carinthia), where she graduates in 2012.

In 2019 graduates at Ca’Foscari University of foreign Languages.

Together with classical music she studies and plays folk music, especially Irish and music from the Dolomites.

From 2016 she is the director of San Vito Music School and organizes Sanvitomasterclass, an international masterclass for classical music that takes place every Summer in San Vito di Cadore. 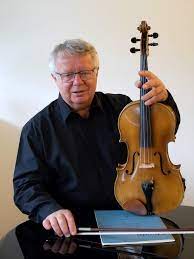 He starts to play the piano at the age of four and violin of six in Warsaw.

Graduate with lode 1979 from the Chopin Academy of Music in Warsaw in the class of prof. Stefan Kamasa.

After master classes with Michael Flaksman and Wolfram Christ received a scholarship from the Italian government in Rome, where he studied with Ulrich Koch, Ruggiero Ricci, Kurt Redel, Moshe Atzmon and others. He has played in the orchestras of the National Philharmonic in Warsaw, the National Opera in Warsaw, Teatro di San Carlo in Naples, and, as a soloist-chamber musician, in the Polish Chamber Orchestra, the Wratislavia Chamber Orchestra, the Polish Chamber Philharmonic, the Warsaw Chamber Opera, the Con moto ma cantabile Baroque Orchestra , as a soloist (Sub-Principal Viola) with the Cape Town Nico Center Orchestra (South Africa).

He has performed in the largest venues in the USA, Canada, Japan, South Africa, Australia, Thailand, India and almost all of Europe.

As a soloist and chamber musician, he has recorded for EMI, Polish Radio, Telewizja Polska, Polskie Nagrania, BBC, ZDF, SABC and Radio France.

As a teacher, he taught in all types of music schools – from primary in Zakopane, secondary, high schools and conservatories in Warsaw – to the Academy of Music in Warsaw – as an assistant to prof. Kamasa.

To this day, he performs concert activities in small chamber ensembles (duets, trios, quartets, quintets), with particular emphasis on recitals (viola / piano), while he most often performs his own transcriptions of violin and cello sonatas

In addition to music studies, he also completed professional manual therapy courses authorized by the Vocational Training Institute in Warsaw, by the University of Cape Town, M ° Marcello Brunetti (Scuola di Estetica in Rome) and 5 professors, doctors and lecturers at the Faculty of Movement Rehabilitation at the Academy of Physical Education in Krakow.

Member of the A.MI University in Milan – with an entry in the official list of professional manual therapists in Italy.

As a manual therapist in the years 1990-2021 he worked seasonally in exclusive health centers in Cape Town, in Cortina d’Ampezzo and since 2007 in the SPA Center – Corte – in Borca di Cadore in the Italian Dolomites. 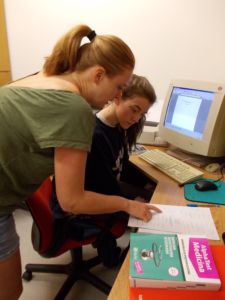 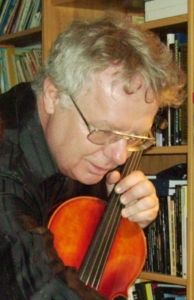